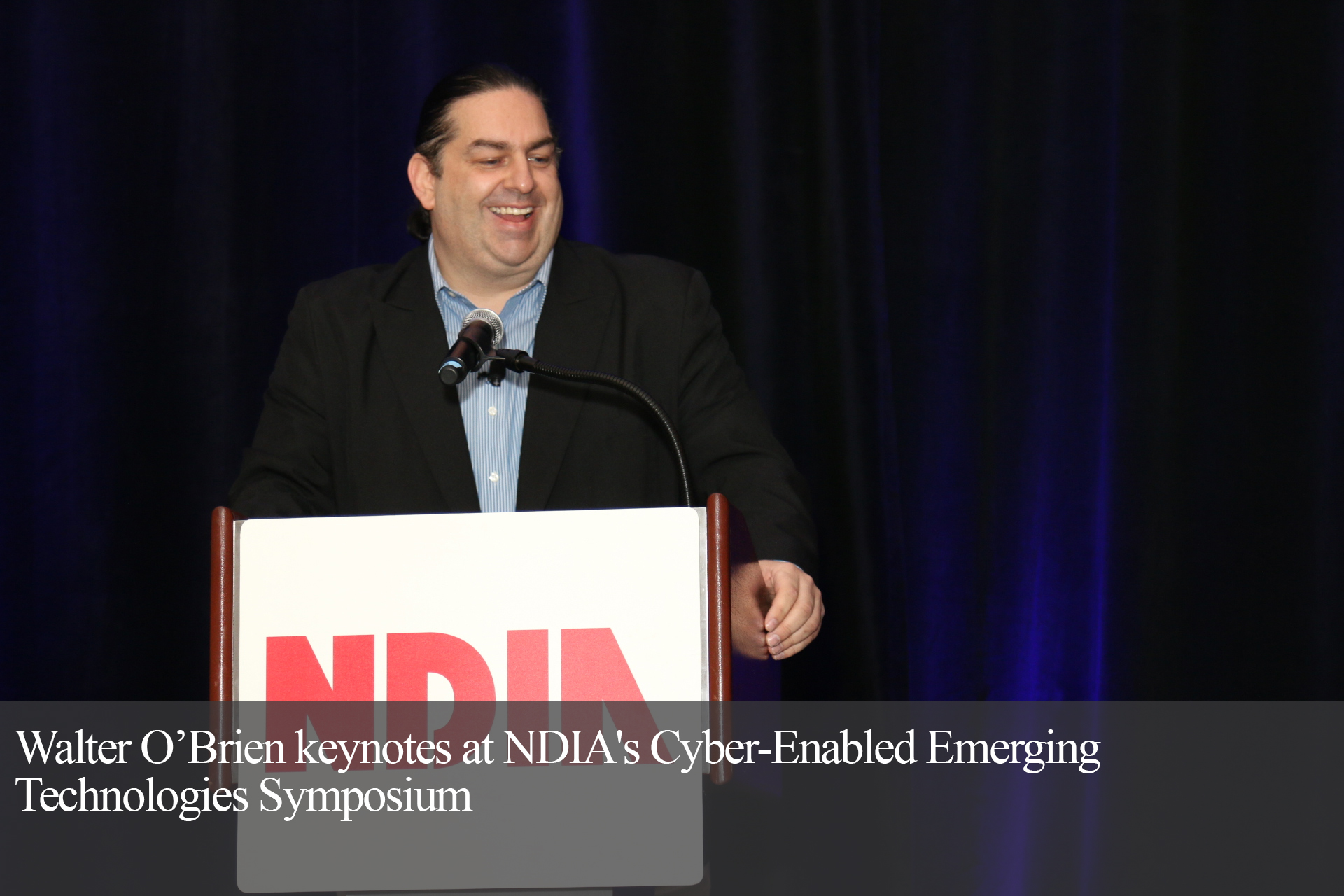 MCLEAN, VA – Celebrating intelligence and learning before celebrity is what will advance and encourage American youth to go into STEM fields and supply the brainpower needed to take the country – commercial and federal sides alike – into the technology future, Walter O’Brien told a capacity crowd as the opening keynote speaker Tuesday at the Cyber-Enabled Emerging Technologies Symposium.

“Kids who are smart but feel left out may not have found more of their own kind yet,” O’Brien told more than 200 attendees at the event, the first of its kind for the National Defense Industrial Association, at the Hilton McLean at Tysons Corner.

“Anything that encourages STEM is a lot of what we focus on,” he said of his company, Scorpion Computer Services, which sponsors a hackathon for youth at the California Science Center state science fair.

Having a STEM-trained generation is vital to the future of cyber and technology, O’Brien said, especially with technology that upgrades and turns over in months as opposed to years in the past.

“We tend to think linearly about the future,” O’Brien said. “The future is exponential. Revolutions that used to take 50 years can now happen in five years or eight months.”

Artificial intelligence is leading the way for those revolutions, O’Brien said, but added people disconnect from AI by talking about it in future terms. Part of the problem are organizations working on obsolete systems.

“You can have the fanciest AI system in the world, but the customer is on a mainframe, or a 10 to 15-year-old system, or it cannot find the source code,” he said. “How do you apply technology?”

Scorpion’s ScenGen, an AI engine that generates scenarios for any given model, has found a way around that. “We can still fully automate it and press all the buttons.” Scorpion recently landed a contract with the Army to use ScenGen for unmanned aerial vehicle configurations.

Celebrating intelligence over sports is one of three edicts he had for the audience. The other two are that there is a place for everyone who never fit in, and every problem has a solution.

O’Brien has lived of what he speaks. The real-life inspiration for the CBS TV drama “Scorpion,” the show is about a group of super geniuses, “a group of oddballs who try to save the world,” he said, “and then try to do online dating after.”

He also challenged the audience to consider “IQ vs. EQ,” or emotional intelligence, in problem solving.

The Cyber-Enabled Emerging Technologies Symposium continues Wednesday and Thursday at the Hilton McLean.