LOS ANGELES, CA - 12/07/2015 - Walter O'Brien, technologist, cybersecurity expert, and the CEO and founder of Scorpion Computer Services, Inc., was recognized by the Fort Wayne Base Community Council and the Northeast Indiana Defense Industry Association (NIDIA) for his, and his company's contributions to the United States military. The Fort Wayne Base Council, NIDIA, and a number of current U.S. military officials and veterans of the U.S. Army, Air Force, Navy, and U.S. Marines recognized O'Brien and his company for meeting new and technical challenges faced by the United States Armed Forces, including cybersecurity, cyberwarfare, and physical security.

O'Brien's company, Scorpion Computer Services, Inc., is a provider of consulting services to the U.S. military. On the eve of receiving the award and recognition, O'Brien provided the keynote speech at the NIDIA Mega Conference, a semi-annual gathering of top defense industry officials.

Said Fort Wayne Base Community Council President, Tammy Kelly, SPHR about O'Brien and Scorpion Computer Services: "Your perseverance through new challenges has allowed countless military personnel to return home to their families." As part of the recognition and award, O'Brien received a Combat Infantry Badge and part of a Battle Dress Uniform from Operation Desert Storm worn by First Sergeant Kelley Kelly, an Indiana National Guardsman with 23 years of service who was present. 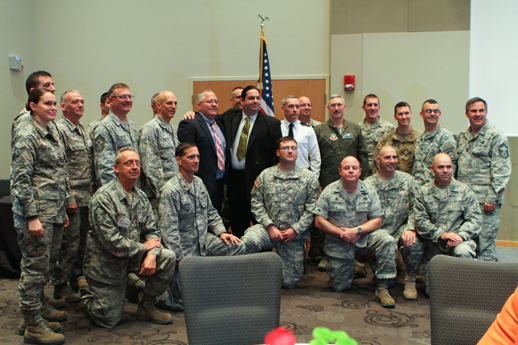 ABOUT WALTER O'BRIEN
Walter O'Brien is the CEO of Scorpion Computer Services, CEO of Scorpion Studios, the founder of ConciergeUp.com, and the Executive Producer of Scorpion, the hit CBS-TV drama with over 26 million television viewers that is inspired by O'Brien's life. The U.S. Department of Homeland Security has certified Walter O'Brien as being a person of national interest to the United States and granted him an Extraordinary Ability EB 1-1 Visa. He has worked with the U.S. Department of Homeland Security, plus Navy and Air Force systems to employ his artificial intelligence systems to protect American military personnel. In addition, he has worked with multiple Fortune 500 companies including the world's largest mutual fund, Fujitsu, Trados, Oracle Corporation, Baltimore Technologies, and Critical Path. O'Brien serves as chairman or board member for Strike Force Solutions, Talentorum Alliance, and Lawloop.

O'Brien regularly donates his time and talent to helping charities and the community in general to encourage new generations to celebrate intelligence. 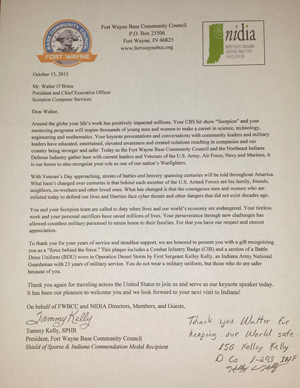