'Scorpion': What Happens When a Certified Genius Crashes the Writers Room? 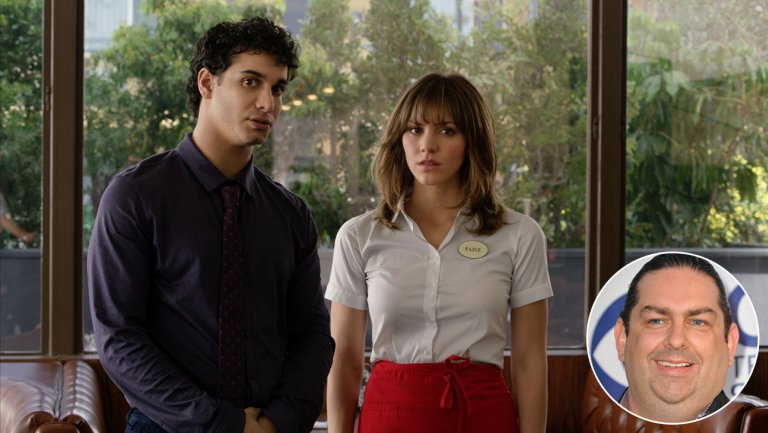 It's a blistering hot Tuesday morning in Burbank and one of the world's smartest men is driving his bulletproof White House-supplied vehicle into work. Only on this day, "work" is an otherwise ordinary bank building that serves as the hub for CBS' new genius drama Scorpion.

Meet Walter O'Brien, code name "Scorpion," whose 197 IQ is the fourth-highest ever recorded — and whose life is the backdrop of CBS' Elyes Gabelstarrer Scorpion.

The drama, from showrunner Nick Santora (Prison Break) and Nicholas Wootton, centers on an eccentric genius named Walter (Gabel) and his international network of super-geniuses who form the last line of defense against the complex threats of the modern age.

On the surface, Scorpion draws immediate parallels to CBS' genius comedy The Big Bang Theory — a comparison Santora is more than happy to receive. And the similarities don't stop there. Beyond the struggles of a genius trying to emotionally connect with the outside world (see Jim Parsons' Big Bang Theory alter ego Sheldon Cooper), Scorpion puts its real-life genius to work. While Big Bang Theory creates scripts with room for its regular science speak, courtesy of the show's longtime science adviser David Saltzberg, O'Brien has regular powwows with Santora and his team of writers.

In some cases, the writers leave room in scripts — like Big Bang does for Saltzberg — for O'Brien's "what would a genius do?" observations. In others, O'Brien works directly with the writers to break a story, sometimes starting with a theme — like trust — and creating a high-stakes scenario that's not only accessible to audiences but realistic to his world.

On this Tuesday morning, O'Brien has been asked to take a seat in the writers' room help break the story for episode 109 — specifically drawing upon his knowledge and life experience — to help create a plausible scenario in which Gabel's Walter and waitress-turned-Scorpion friend Paige (Katharine McPhee) pose as new horse investors in a bid to bring down the latest baddie of the week.

To create the scene, O'Brien takes Santora and his team of writers down a rabbit hole of science after he's asked how he would pick a winning horse at the track.

"A horse is a big cooling system," a cool O'Brien says, after breaking down the need for vet records, x-rays, heart and lung capacity, before explaining that he's employing a "statistical regression" algorithm that banks and credit card companies use to weed out good and bad financial risks.

O'Brien's lesson goes on for about 45 minutes — which includes a drawing of a horse on a dry erase board and explaining how there's no current way to measure a horse's IQ, among other intricacies.

The end result includes O'Brien offering a precise step-by-step breakdown of how he scientifically would pick a horse to win a race by studying its sound waves from trotting and employing a circus trainer, among others. The pitch — which detours to O'Brien pitching a joke for Eddie Kaye Thomas' snarky genius Toby — translates to Santora incorporating O'Brien's intricate path to victory as a montage in the episode.

"It's a 10-minute period with quick cuts," Santora decides, explaining that testing revealed the on-screen montages help audiences stay connected to the detail-heavy methods in which their Walter approaches problem solving.

The balancing act between O'Brien's reality and Santora's "TV friendly" take continues as the exec producer looks to the real-life genius for a comedic moment between his Walter and a gambler at the track. O'Brien draws a round of laughs when he jokes that he's tapping into his "pre-smooth days" to come up with a snarky yet smart way to come up with the ultimate takedown. The end result: A complete psychological breakdown of a character that offers a career gambler hope.

Then, just as Santora is poised to move on to breaking down a new episode and looking to O'Brien for an underwater situation that would explore trust between his gang of geeks, O'Brien stops the train. He then proceeds to tell what at the start seems like an unrelated story about how horse trainers would not like Team Scorpion's approach for picking a winner with a story about the width of the global rail transport system. The result is that the measurement is based on the width of two horses "rumps."

"Toby can make that comment to a nasty trainer: 'Speaking of two horses asses getting in the way of progress …,'" an excited Santora says. "It's in the script!"

The friendly banter between O'Brien and Santora then turns to the underwater story that finds the former disappointed to learn of Broadcast's Standards and Practices' rules about showing blood spattering. Then, the duo — who have been working together since February — arrive at the same endgame, prompting a victory lap from the showrunner.

Only O'Brien doesn't quite let Santora take the complete lap. "A stopped clock is right twice a day," O'Brien says with a smile, just moments after Santora quashes one of his story ideas.

It's all part of Santora and O'Brien's two-way street.